The historic village of Bramber lies on the north side of the South Downs on the west bank of the river Adur approximately four miles inland from Shoreham-by Sea. The village developed along a causeway on the old trade route that extended from Cornwall to Kent. 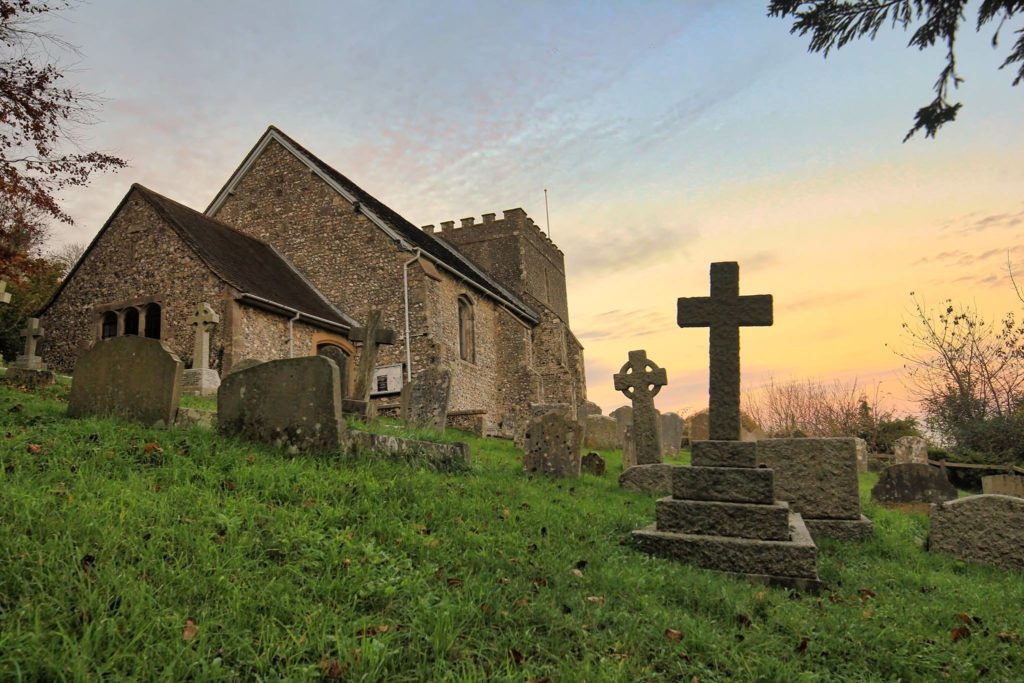 Following the Norman Conquest, William de Braose built the castle and church. Later, a toll bridge and chapel were built close to the site of the imposing Elizabethan house, St Mary’s. The castle ruins can still be seen today and are owned by English Heritage.

Although some modern developments have taken place, notably the two hotels and the famous Indian restaurant, the village has grown little over the centuries and today has a population of about 850. The centre of the village is an attractive place for walkers and other visitors to spend some time particularly when the Britain in Bloom season is with us as Bramber has won many awards over the years.

Now little more than one very pretty main street, Bramber used to be a thriving port known as Portus Adurni.

Despite it’s close proximity to Steyning, Bramber has a quite divergent history, Steyning is known to have existed as a town since the Saxon era, but Bramber is first reported in Norman times, though there may have been earlier settlement.

The Norman castle (built 1070-1073 by William de Broase) was probably built on the site of an earlier Anglo-Saxon fortification as the name Bramber derives from the Saxon “Brymmburh” meaning fortified hill. de Braose founded the borough of Bramber beneath the castle walls. During the Middle Ages Bramber was an important administrative and military centre.

Little of Bramber Castle remains today – the most prominent remanant being a 75 ft high section of keep wall that dominates the skyline of the village. The castle has a rich history having changed hands many times down the years, Today it is in the hands of the National trust. The chapel in the castle grounds, buiilt at the same time as the castle remains intact.

Bramber was served by a wharf, remains of which have been found in the grounds of St Mary’s House, which was believed to have been used to export goods such as timber, before the river Adur silted and the port declined. Records show that most of the hamlet of Bramber was destroyed by fire in 1286 – only St Mary’s, a monastic inn frquented by pimps and prostitutes, was spared from the flames.