Wiston is a rural parish that extends in a narrow strip from the South Downs to the Weald. It’s is currently bounded by Washington and Ashington to the west, Shipley and West Grinstead to the north, Ashurst and Steyning to the east and Findon to the south. However, the current boundaries are little more than a century old as the parish has largely gained from Ashington, namely a section to the north surrounding Brownhill house in 1933, and the detached former parish of Buncton in the 1880s which Wiston once surrounded. Geologically the parish is split into three distinct parts, the chalk Downs, the clay of the Weald and a small strip of greensand that separates the two near the foot of the former. As such the parish ranges from the open vistas of the Downs to the largely wooded areas of the Weald. 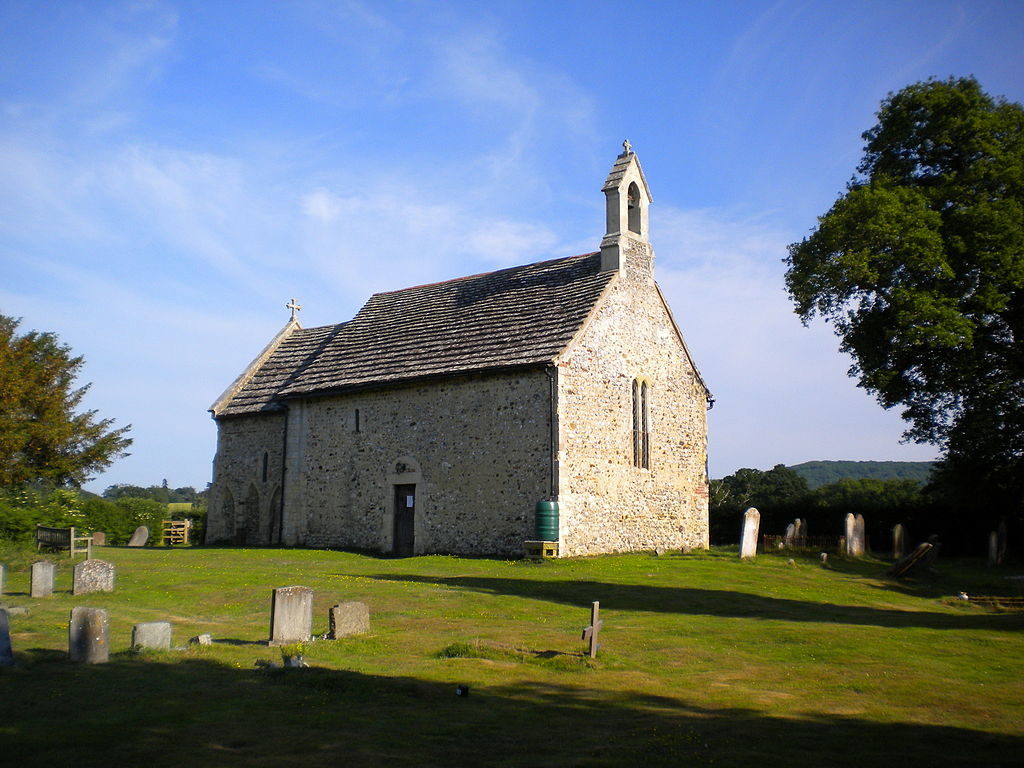 The parish has been dominated for centuries by the incumbents of Wiston House whose estate still owns around 70% of the land today. The manor was given to the de Braose family after the conquest who retained ownership until the 15th century when it passed to the Shirley, one of whom Sir Thomas built the current house around 1576. During the 17th century the house changed hands a number of times and was captured by the Parliamentarians during the English Civil War, one of whose soldiers, Sir John Fagge purchased the estate in 1649 and whose heirs retained control until the last surviving female descendant married a neighbour, Sir Charles Goring in the 1750s whose family are still owners of the estate today.

The original settlement of Wiston lay to the immediate east of the old manor house and church near to the foot of the Downs but had shrunk during the medieval period due to a mixture of plague, changing agricultural patterns and the gradual extension of the park next to Wiston House. During the tenure of the Gorings the last remaining inhabitants were removed around the turn of the 19th century as the park was increased in size. With this the settlement shifted to the north west to the site of another deserted village at Buncton where it remains today, with the chapel at Buncton becoming the parish church of Wiston in 2009. Much of the rest of the parish, particularly the northern portion, is dominated by isolated farms many of which would have been hacked out of the large woods during the early medieval period.

The only other settlement of note in the parish is Hole Street which consists of a ribbon development of cottages along the minor route to Ashington. Other small medieval hamlets existed at Buddington and the crossroads of the old east-west route and the road down from Chanctonbury Ring but both were reduced to a couple of dwellings by the 17th century and in the case of Buddington complete disappearance by the 20th century. The reduction of both these settlements plus Wiston and neighbouring Buncton and Charlton was mainly due to changing agricultural patterns in the late medieval period when arable farming on the Downs was turned over to the more profitable pasturing of sheep, which in turn required less manpower to operate,

The Roman Road known as the Sussex Greensand Way that ran from Barcombe Mills to Hardham where it joined Stane Street ran through the parish roughly following the line of the modern A283 south of Buncton where a Roman villa was discovered to the immediate south of the road. During the medieval period the main routes of communication ran south to north linking the farms on and below the Downs with the woodland pastures to the north. One such drove can still be made out today and provides a spine to the parish running from the old fort of Chanctonbury down to Buncton Crossways then northwards via Water Lane and Hole Street and continuing northwards along a private road called North Lane and later London Road where it joins the modern A24, itself another old droving route, north of Basing Hill. It is intersected by a couple of east-west routes, the first being the old main medieval route between Steyning and Washington that ran along the foot of the Downs and still exists as a footpath and bridleway today. This road was superseded by another in 1778 when a series of east-west lanes were upgraded and realigned around the expanding north perimeter of Wiston Park which later became a turnpike in 1810 and is the current A283. Of the other current roads; Spithandle Lane runs east to Horsebridge Common whilst Hole Street turns west and heads to Ashington. There are no other roads open to vehicles north of Hole Street unless you count the A24 and Honeybridge Lane who provide boundaries with the neighbouring parishes of Shipley and Ashurst respectively.

The original parish church of St Michael dates from the 13th century but had fallen into ruins by the 19th when it was completely rebuilt and restored. The current parish church is the old 11th century Buncton chapel.