The Opening of the Steyning Gateway 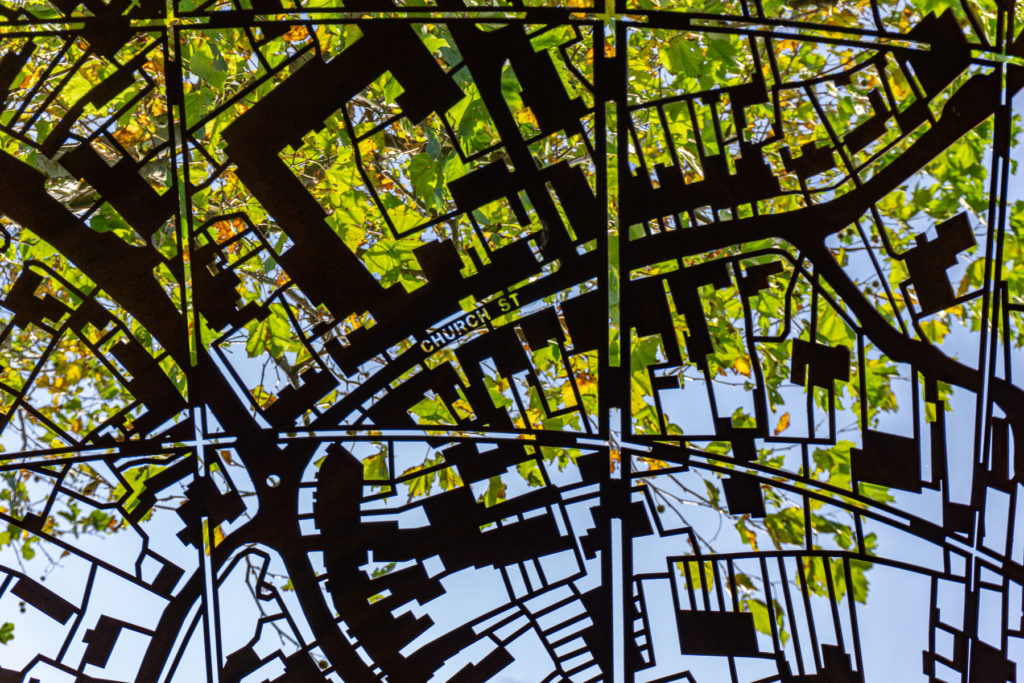 On Sunday 27th October, Steyning & District Community Partnership Visitor & Tourism Group were proud and ecstatic to officially open the new archway that now highlights the twitten entrance that connects Newmans Gardens Car Park with Steyning High Street.   After nearly 3 years of planning – from a small seed to a solid concept, through design, production and sourcing funding –   it is now happily installed.  A community driven initiative headed by the Partnership, the innovative design was by local architect, Nick Jones from Jones Architects and created by Sussex Ironworks  – both companies being Steyning based. The rusty roof of the arch is laser cut to depict the ordnance survey map of the High Street – a real work of art.

Horsham District Council have  been wonderfully supportive of the project  from its inception, and together with assisting with the installation at dawn on the Thursday before the opening, during the next few months  they will lay the final surface of bronze resin bonded pebbles and uplighters to illuminate the 4 legs of the arch.  This will coincide with other improvements they will be making to this car park over the coming months.   The granite foundation stone, showing the names of all those involved, will be laid in around two weeks, but there was a plastic “stand in” in situ on the Sunday, just to show how it would look.  The whole project ties in well with the Horsham District Year of Culture, being an artistic legacy to be enjoyed by residents and visitors alike, for many years to come.

Of course, none of this would have been possible without money !  The Partnership approached Central Sussex LEADER and the European Agricultural Fund for Rural Devlopment, and they supported and approved the application – a very happy day !  Along with the archway, the funding also covered other improvements for the area;  signage through the High Street to the South Downs;  several new Information Boards and a new website for both the Food & Drink Festival and the main Partnership website, which is now called Visit Steyning.

Sunday’s  Ribbon Cutting Party included Martin Leigh-Pollitt – Chair of the SDCP Visitor & Tourism Group; Jonathan Chowen  – Cabinet Member of HDC and lead for Year of Culture; Kate Rowbottom  – Chair of HDC;  Nick Jones of Jones Architects and Alistair Burrows from Sussex Ironwork.  A Reception at Steyning Centre followed to celebrate all the hard work.   Along with glasses of bubbly, there was a superb tea time buffet baked by a V & T Group Committee member, Charley Lowe.   A day to remember.